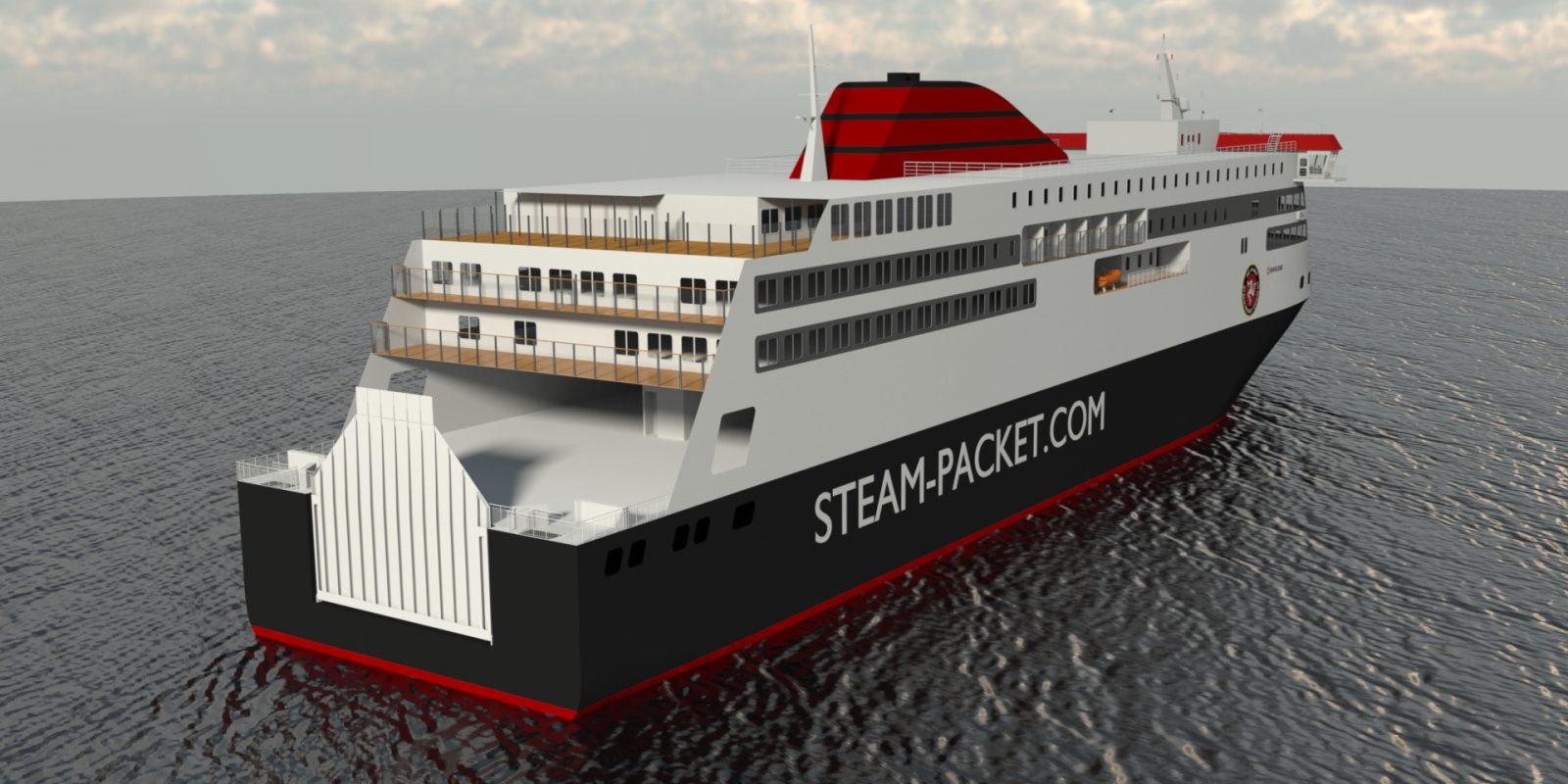 One of the most significant and noteworthy milestones in securing a new vessel is the selection of a name. In the same way as with a person, the name of a ship essentially becomes its identity which portrays its own unique personality and character, so it is important that a lot of thought and consideration goes into the selection process.

With each Isle of Man Steam Packet Company vessel intertwined into Manx culture and history, a decision was made early on that the new replacement for the Ben-my-Chree would bear a traditional Steam Packet Company name. Although the new ship marks the beginning of a new chapter, we recognise the significance of weaving key pieces of our 190-year history into future operations. Our hope is that this will bring a sense of familiarity, comfort and pride for everyone who has a connection with the Company.

After a lot of thought and deliberation, we have shortlisted four traditional names which evoke fond memories and believe will be a good fit for the new purpose-built vessel, each for their own reasons.

Let’s delve a little deeper into the four potential names.

If selected, Manxman would be the third ship in the Steam Packet Company’s history to bear the name. A name which signifies Manx pride and befitting for the national carrier which, in any normal year, transports hundreds of thousands of passengers and goods between Manx shores and the UK and Ireland.

The most recent Manxman was a turbine steamer launched in 1955, an iconic ship loved by locals and visitors alike. It is clear that Manxman was a much-valued vessel and the Steam Packet Company would relish the opportunity to bring the proud national name back into operation in the 21st century.

Mona, a poetic name for a girl that has been popular for centuries, has a long-standing association with the Island. Consider Douglas landmark The Castle Mona Hotel, doyenne of Manx culture Mona Douglas, the long-running Manx newspaper Mona’s Herald and cherished Manx poem Mona’s Isle, to name but a few.

Affectionately known as ‘the Maid’, two previous vessels have taken this name in the Steam Packet Company’s 190-year history.

The first Manx Maid represented the Company after being launched in 1910. The second time the Steam Packet Company displayed the name on its livery was in 1962, when our very first car ferry – the first vessel to be fitted with stabilisers – arrived on the Isle of Man to much fanfare and celebrations. An incredibly fine and modern vessel of her time, Comedian Norman Wisdom, one of the Island’s favourite icons, was photographed posing beside her on Douglas Pier in 1977!

Named after the legendary Viking warrior King Orry, five Steam Packet Company vessels have carried the name to date, making it synonymous with Manx waters. Also known as Godred Crovan, King Orry is said to be the founder of Mann, the starting point of Manx history as we know it and a fierce protector of our fair Isle.

King Orry holds a special place in the Company’s heart as the first vessel to be named as such was actually the only vessel to be built in the Isle of Man. The most recent King Orry, acquired by the Steam Packet Company in 1990 and sold in 1998, will be affectionately remembered by many of us and is in fact still sailing today under a different name and operator.

Which is your favourite?

Due for arrival in spring 2023, the purpose-built ferry will become a valued addition to the fleet and a Manx national flagship which we hope will prove popular with locals and visitors alike.

One of our key commitments from the beginning has been to take the views of the public into consideration where we can. That is why we launched the public survey in 2019 to identify what was considered most important to passengers in terms of on-board services and facilities. Similarly for this important decision, we would like to provide the opportunity for everyone to have their say. You can do this by letting us know which of the four traditional names you prefer and this will be taken into consideration as part of the selection process by the Company.

Share 'What’s your Preference for the Name of our New Vessel?'