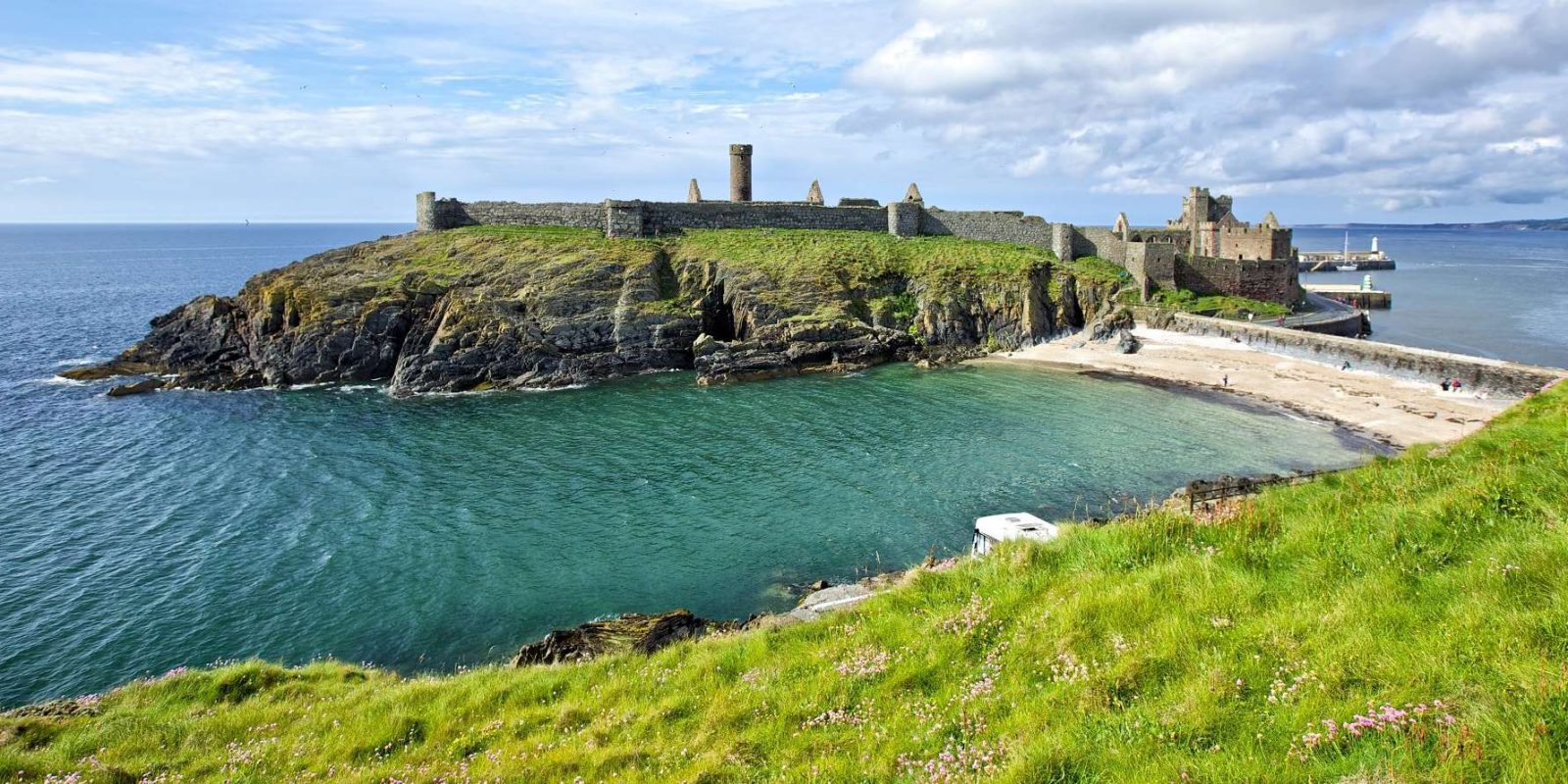 It is remarkable that an Island as small as the Isle of Man, measuring just 33 miles long by 13 miles wide, can boast such a rich heritage – but it’s something we’re immensely proud of.

Almost everywhere you turn you’ll see wonderfully preserved evidence of our unique history, including extraordinary prehistoric sites, reminders of the Celts and Vikings, spectacular castles, examples of Victorian ingenuity and a proud heritage of motorsport stretching back more than 100 years.

So, if you’re coming to the Isle of Man, here’s some must-see historic sites to have on your radar…

DISCOVER A LITTLE BIT OF EVERYTHING

For an impressive overview of the Isle of Man’s heritage the Manx Museum in Douglas, the Island’s capital, is a great place to start. Artefacts and displays explain the Island’s geology and wildlife, taking you on a journey from prehistory to modern times, exploring the Manx Gaelic language, Celtic traditions, Viking invaders, tourism boom of the 1900s and the development of industries through the ages.

Continue to delve into our past by heading west to Peel to discover the story of the Vikings and the Island’s maritime history at the House of Manannan. While in Peel you should also check out the impressive medieval Peel Castle, a sprawling fortress which dominates the harbour and surrounding sandy beaches. Just around the corner you’ll also find the Leece Museum, which tells the story of the Island’s fishing industry, boating past, the Manx justice system and the Isle of Man’s experiences of the World Wars.

A discovery of the Island’s history continues with a journey south. Castletown Harbour is set against the backdrop of the medieval marvel that is Castle Rushen, once home to the Island’s rulers and an evocative symbol of power. In the grounds is a statue of Captain John Quilliam, who served on Nelson’s flagship victory at the Battle of Trafalgar and lived not far from the Castle.

Just a short walk across the harbour bridge is the Nautical Museum, another popular attraction celebrating the town’s maritime heritage.

A short drive away in the village of Ballasalla stands Rushen Abbey, which was once the seat of the Isle of Man’s religious power. You can stroll the gardens to retrace the historic steps of the monks and check out the herb and flower beds they once planted for use in food and medicines, as well as uncovering the sites fascinating story, from a 12th century monastery to a 1980s disco!

You can continue your journey of exploration by driving north to the seaside town of Ramsey. Once a popular destination for Victorian tourists, today the town centre is filled with independent shops where you can while away a pleasant few hours browsing unique gifts and artisan crafts. You can discover what life in Ramsey was like for a Victorian family at the Grove Museum, and walk the grounds of Milntown House, which has been home to many famous names from the Island’s history.

Heritage transport enthusiasts won’t want to miss a trip on the Manx Electric Railway. The Victorian trams travel between the capital and Ramsey in the north, while the Snaefell Mountain Railway carries passengers from the village of Laxey to the summit of the Island’s only mountain, Snaefell.

Between Douglas and Ramsey on the east coast is the former mining village of Laxey. A stop here is a must during your visit to take in one of the Island’s most famous landmarks, The Great Laxey Wheel. Thought to be the largest working waterwheel in the world, it was constructed in the middle of the 19th century to remove water from the mines beneath Laxey and today, many years after the mines closed, it is one of the Isle of Man’s most iconic structures.

And there’s still so much more of the Island’s history to explore when you get here, so don’t waste a minute start planning your trip!

For more information on its fascinating heritage and how to make the most of it, check out these useful links:

Share 'Discover the Unique History of the Isle of Man'