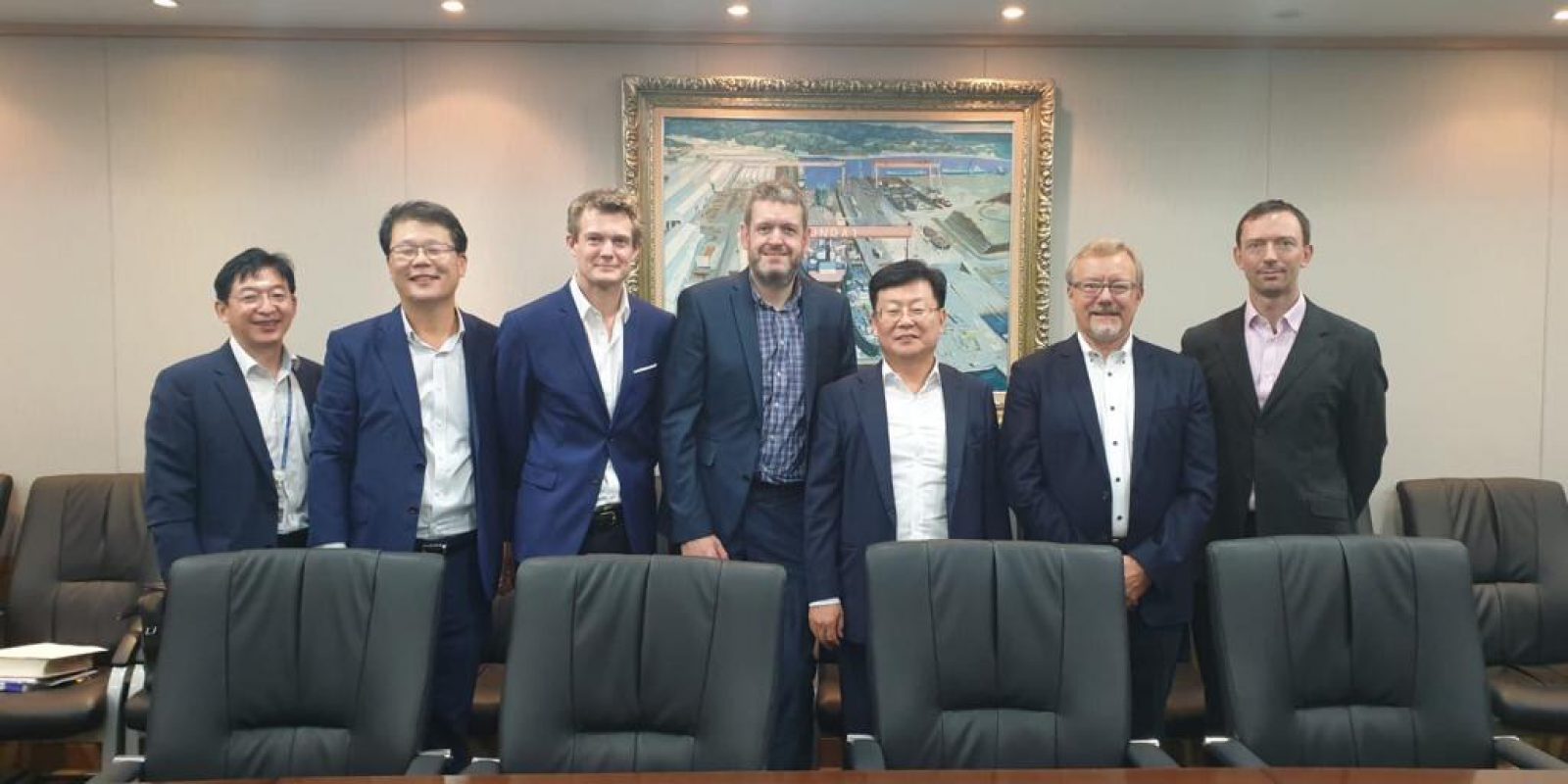 With the detail design of Manxman in its final stages and construction due to commence as scheduled in August, the on-site project team will shortly be travelling to South Korea to meet and become acquainted with the HMD Shipyard team, plan the build schedule and set key target dates ahead of steel cutting.

With so much going on behind the scenes, we wanted to give you an insight into the Isle of Man Steam Packet Company Project Team directly involved in the planning, design and construction of Manxman.

Jim started a career at sea in 1992 as an Engineer Cadet with Shell Shipping & Maritime, and then as a Second Engineer on multidisciplinary research vessels with Natural Environment Research Council (NERC), where he stayed for four years.

In 2002 he joined the Isle of Man Steam Packet Company, initially as Second Engineer and then Chief Engineer, sailing on a number of flagship vessels including the Ben-my-Chree, Lady of Mann, Seacat Isle of Man (later renamed Sea Express 1 and Snaefell), SuperSeaCat Two (later renamed Viking), Emeraude France and Manannan. He was also part of the project teams for the rebuild of Snaefell in 2007 and renovation of Manannan in 2008.

As Project Manager for the design and construction of Manxman, Jim is responsible for the timely delivery of the project; ensuring it stays on track, within the projected timeframe and to budget. Some of his wide-ranging responsibilities include:

Once construction begins in August 2021, Jim will be visiting HMD Shipyard on a regular basis for project update meetings, technical discussions, work inspections and to keep up-to-date with the on-site supervision team.

Andy began his career at sea in 2006 as a Deck Cadet with Maersk, sailing on tankers, container ships and RoRo vessels. He moved to Carnival UK shortly after completing his cadetship, sailing on Cunard and P&O vessels as First Officer and Safety Officer respectively.

In 2015, he joined the Steam Packet Company as Chief Officer on the Ben-my-Chree and Manannan, before being promoted to Master in 2018. Andy brings a wealth of experience and knowledge of technologies used in the modern passenger vessel industry. He is currently assisting with plan approvals and the detail design of Manxman, particularly with regards to the bridge layout, equipment and mooring decks. Other key responsibilities include liaising with the ship’s crew for their input and with regulatory bodies for radio licenses and registrations.

Andy will be part of the on-site team at HMD Shipyard, acting as the Steam Packet Company’s eyes and ears to ensure the vessel is built as per the agreed specification and to the satisfaction of the regulatory bodies, reporting back to the Project Manager on a regular basis. He will be working four weeks on, four weeks off, back-to-back.

When Manxman comes into service, Andy will be Senior Master of the vessel.

Dean’s career at sea began in 1986 as an Engineer Cadet with Bibby Line, sailing on general cargo and tankers. He moved to Metcalfe Shipping Co. Ltd to work on drillship rig vessels, before joining the Steam Packet Company in 1991 as an Engineer on the Peveril and King Orry. He was promoted to Chief Engineer in 2005, sailing on the Lady of Mann, Ben-my-Chree and Manannan.

Dean has gained a huge amount of knowledge and experience of the Steam Packet Company fleet over the past 30 years, and is currently assisting with Manxman’s plan approvals and detail design, with a particular focus on engine room layouts, system design and machinery selection.

Dean and Andy will rotate on site throughout the build until the latter stages, when both will be on site for the trials and testing of Manxman and then the 11,000 nautical mile delivery trip of the vessel to the Isle of Man.

Dean will be Senior Chief Engineer of Manxman when the vessel comes into service in 2023.

For the latest updates on Manxman, head to our New Vessel Progress blog, which will be kept up-to-date as the project progresses.