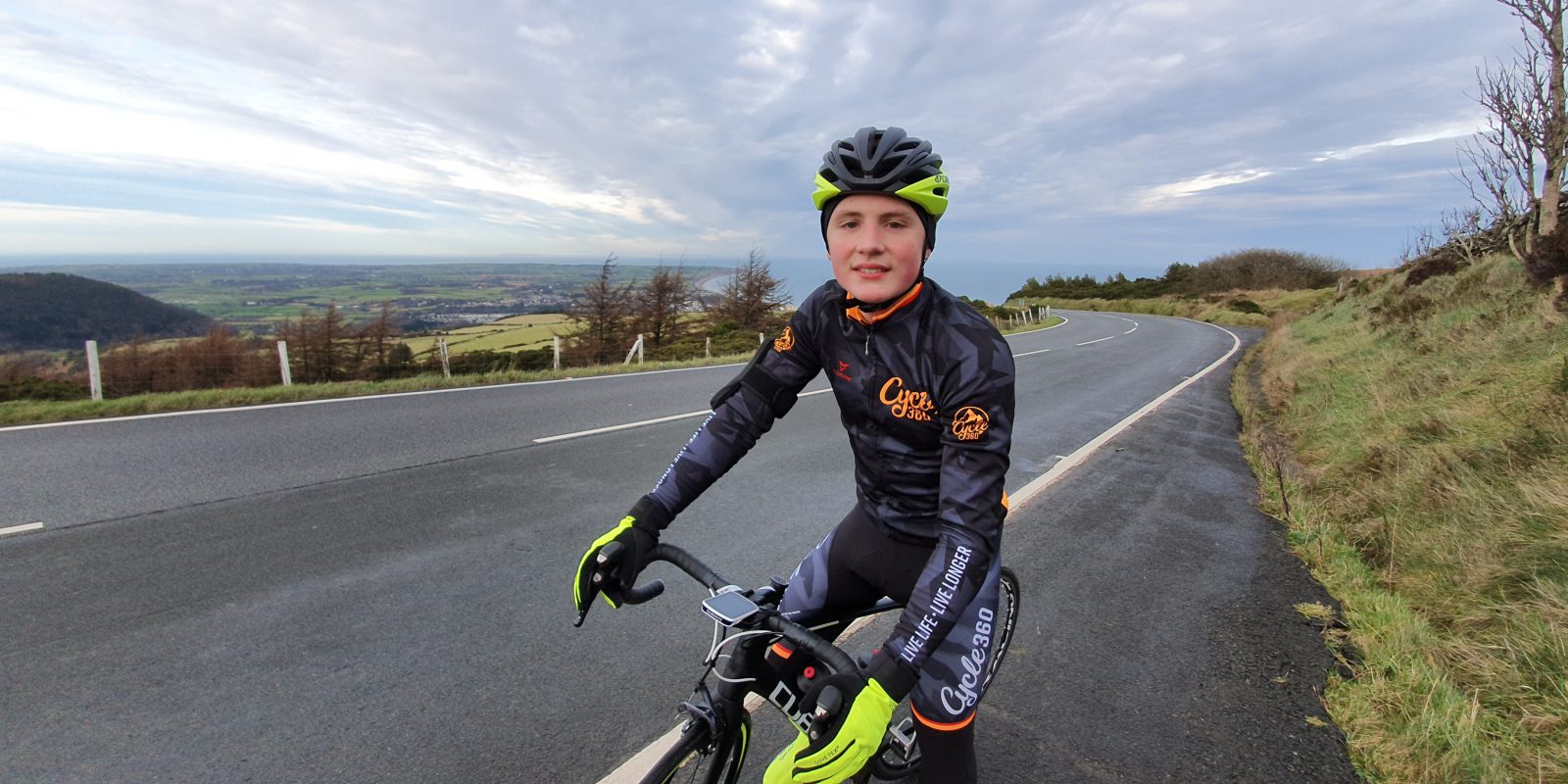 This April, 15-year-old Jake Hodgson will take on his biggest challenge yet, a momentous multi-sport, multi-destination fundraising event pegged the ‘3 Country Challenge’.

The clock will begin the minute he sets off on his bike in Ireland and end the moment he arrives at Robin Hood’s Bay on the east coast of England. With an aim to complete the challenge within 12-13 days, Jake will be pushing his body to its limits.

The impressive teenager has tackled an array of grueling challenges for charity over the past few years, including raising more than £17,000 for Rebecca House through sponsored walks around the Isle of Man and across England.

The Isle of Man Steam Packet Company is delighted to be supporting Jake again by offering free ferry travel for each leg of his epic journey, as he makes his way from the Isle of Man to Ireland, then Ireland to England and England back home.

Ahead of his upcoming challenge, we caught up with the inspiring teen to find out a bit more about the challenge and how is he is preparing his body for the big task ahead.

So, what is the story behind the 3 Country Challenge?

The 3 Country Challenge is not a known charity challenge, it is something I came up with myself and to my knowledge, no one has ever done it before. I would very much like to see it continue after I have completed it, so that other people will either attempt it for their own personal achievement, or as another charity fundraising event, similar to the National Three Peaks Challenge.

Why are you choosing to complete this momentous task?

In 2018, two months after my 13th birthday, I walked 102 miles around the coast of the Isle of Man on the Raad Ny Foillan route. I completed it in 34 hours of walking over two and half days. It was tough but I gained so much satisfaction after completing it, I then wanted to try something bigger.

So, in July 2019 at the age of 14, I decided to walk the Coast to Coast footpath across the width of northern England and completed 207 miles over nine days. This involved a total of 69 hours of walking and climbing approximately 26,000 feet over the course of the route.

These challenges raised a total of £17,080 for Rebecca House Children’s Hospice, something I am immensely proud of. This beautiful but very challenging walk gave me such a buzz and sense of achievement once again, that I wanted to go one bigger, and so the 3 Country Challenge was born.

Why have you chosen to raise money for Alzheimer’s charities?

I do not have any personal connection with Alzheimer’s disease or dementia within my family, but I am aware that any one of us can develop it at a later stage in life. I am also aware that sadly, dementia is an incurable disease.

As I will be crossing three countries during the challenge, I believe it is only fair that each one gets a share of the money I raise, so my three chosen charities are:

I am very proud to be a Youth Ambassador for Hospice Isle of Man, so it is important for me that the charity receives a third of the money I raise. Especially knowing that some Island residents spend their final stages of life in the Hospice Dementia Care Unit.

What are you most looking forward to?

During this challenge, I will be trialing two new personal sporting disciplines, cycling and running, so this will really push me to my limits, especially as I am cycling 180 miles and have only ridden a road bike twice in my life. I am hoping to prove to myself that I can take on this challenge.

On the hike, I am looking forward to the most beautiful and breathtaking scenery throughout the Lake District, Yorkshire Dales and North York Moors. Plus, this time I get to do the walk with my Dad by my side, so I’m looking forward to spending some quality time with him and learning more about each other.

What do you think will be the greatest challenge?

As cycling is new to me, I think this will be the greatest challenge. The bike ride is going to be non-stop, which could take around 20-25 hours on the road and cycling through the night, which I imagine will be exhausting.

How have you been training and preparing for the challenge?

Cycle 360 have been a great support and sponsored a six-month training programme for me. This has allowed me to attend weekly Wattbike classes to improve my fitness and posture and develop my riding technique. I have also been taking part in the Park Run on Saturday mornings to improve my running technique and gradually increase my stamina so I can complete the 13-mile run on the day of the challenge.

How can we keep up to date with your journey?

I would love people to follow me by liking and sharing my charity Facebook page, where I will be sharing live updates throughout the event. Lee Notman from Just Lee Photography has also offered to join me in Ireland and for the run on the Isle of Man to take photos and film parts of the challenge, which will also be posted online. Lee has produced a great promotional video for me, which can be viewed below.

How can people support the 3 Country Challenge?

Anyone wishing to donate can do so via my Just Giving Page. Any donation, big or small, would be very much appreciated and go directly towards supporting Alzheimer’s care and research in the Isle of Man, UK and Ireland, plus Hospice Isle of Man Dementia care.

I would also like to take this opportunity to thank the Isle of Man Steam Packet Company for its support throughout my challenges. It has meant so much to me and my family and we really can’t express our appreciation enough.