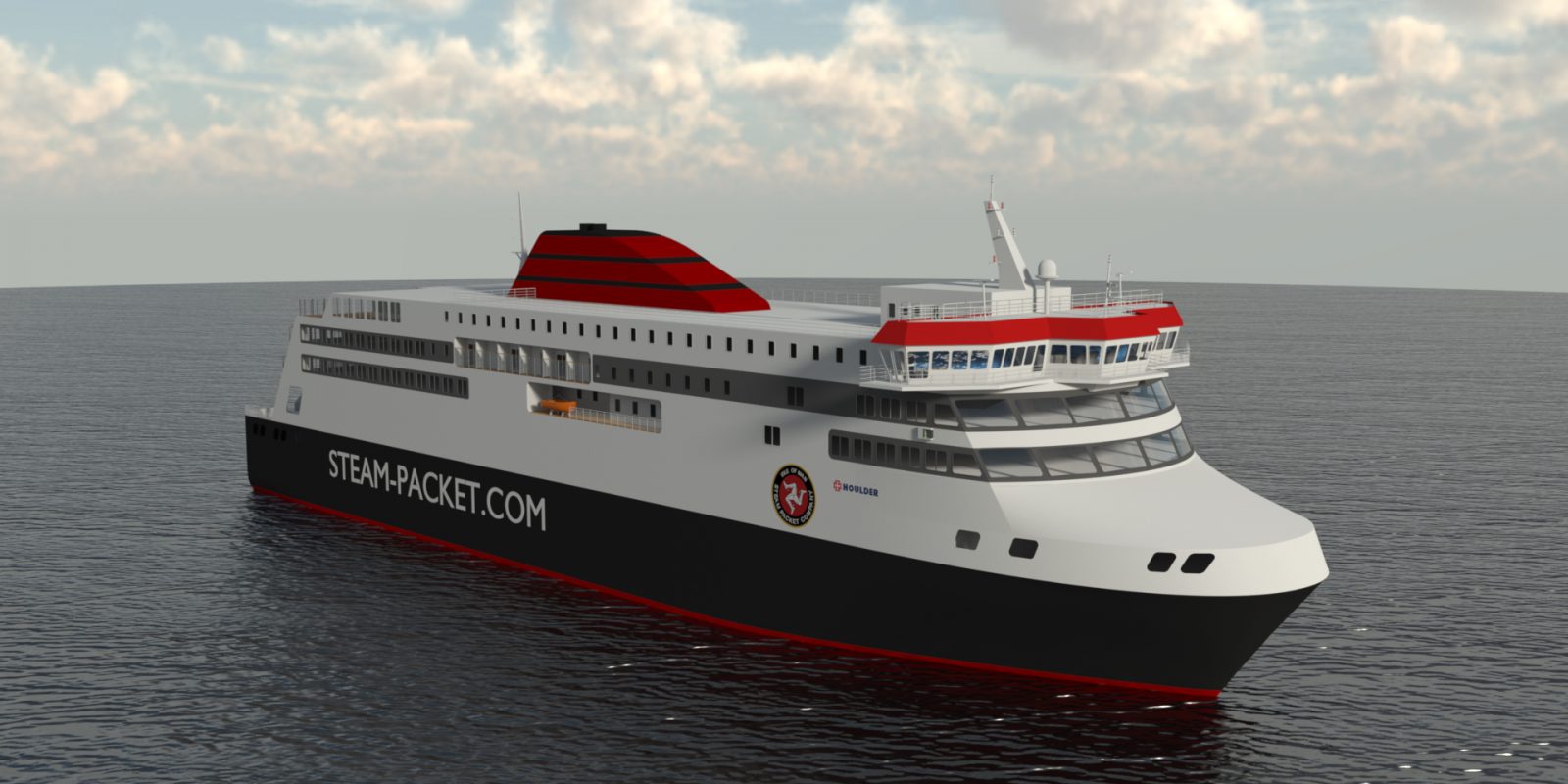 Designing and constructing a bespoke, purpose-built vessel that will serve the Isle of Man for years to come is no mean feat. Managing a project of this scale requires a significant amount of planning and is reliant on co-ordination and collaboration with a huge number of specialist organisations, from naval architects to marine interior designers.

To give our customers an insight into some of the highly qualified specialist organisations we are working closely with on the development of Manxman, and what their roles and expertise entail, we are shining a spotlight on some of those closely involved in the project.

The Steam Packet Company’s association with marine design and clean-tech consultancy Houlder extends back over 20 years, when it was known as Hart Fenton & Co. and we were both owned by the same group; Sea Containers. Houlder supported the design, specification and build process of the Ben-my-Chree and subsequently assisted with the structural design, stability calculations and installation of the vessel’s extension, which now houses the on-board bar and reserved lounge.

In 2008, Houlder was awarded the contract for the conversion of fast craft Manannan, transforming her from a military vessel to a high-speed passenger ferry. Houlder provided a wide range of technical, design and drafting support during the conversion, which almost doubled her passenger capacity. At a cost of £20 million, this was the largest conversion of a high speed catamaran ever undertaken at the time.

David Wing, Director of Ferries at Houlder, has been on board since the relationship began. As well as assisting with the concept specification and general arrangement for Manxman in the early stages, David joined our team on visits to shortlisted shipyards and offered his specialist knowledge when evaluating their suitability. Houlder has continued to support the project throughout plan approval, contract and technical discussions, and with specialist naval architecture advice.

This close working relationship and 20-year association ensures that the design of Manxman flawlessly reflects our requirements, thanks to Houlder’s excellence in the industry, operational experience and full understanding of the challenges of operating passenger vessels to and from Douglas.

Renowned project management company Sea Quest Marine (SQM) was set up in 2003 and now boasts a team of more than 200 across many of the major shipyards in the far east. SQM has overseen the construction, major conversion and docking of more than 420 vessels since its conception, recently delivering a number of Ro-Ro ferries for European clients. SQM now brings its  experience and expertise to Hyundai Mipo Dockyard (HMD) in South Korea for the delivery of Manxman.

SQM will provide on-site supervision and advice to our team on specialist areas of the build including weld inspection, pipe production and testing, paint preparation and application, electrical and machinery installation, and further down the line during the testing and trials process.

Founder and CEO, Jan Anderson, is project manager of the SQM team at HMD. With a BSc in Marine Engineering and experience as a sea-going chief engineer, before moving into new-building projects at the age of 25, Jan has worked closely with shipyards, contractors and classification societies throughout his career. A former technical director at Star Cruises and Norwegian Cruise Lines, he has considerable familiarity with high-end passenger vessels and is the ideal candidate to be heading up the SQM team.

Affinity (Shipping) LLP provides shipbroking, research and advisory services to the maritime industry. With an experienced team of more than 150 that have contracted in excess of 1,000 vessels of all varieties, Affinity has particular expertise and a market-leading position in newbuilding.  Nick Wood and Nick Pugh of Affinity assisted the Steam Packet Company through the tendering process for Manxman, providing advice on suitable environmentally-friendly propulsion systems and fuels, shortlisting shipyards and contract negotiations. They are both still following the project and have offered guidance and assistance during post-contract discussions.

Nick Wood has more than 25 years’ background in newbuild brokering. Starting his career at Clarksons – a leading global provider of integrated shipping services – he was Managing director of Newbuilding before moving to Platou to become a partner, which later became Affinity after a management buyout. He also writes Affinity’s widely read and respected weekly newbuilding report and is recognised as one of the most experienced and knowledgeable newbuilding brokers in the world.

Nick Pugh has a master’s degree in chemical engineering with industrial experience in chemicals, energy, transport and defence. Nick adds value to technical discussions regarding fuelling solutions and regulatory change, offering technical and analytical support to Affinity’s in-house brokers and their clients. Both are really excited to be involved in such a prestigious project for the Steam Packet Company.

SMC Design, an international design studio offering integrated design solutions for the marine sector, has been established for more than 30 years, working on more than 150 vessels during this time. During the last year, of its many ongoing projects, it has worked on three striking large-scale ships for Viking Ocean Cruises, MSC Cruises and Saga Cruises.

When designing Manxman, the SMC team immersed itself in the Isle of Man’s rich heritage and culture. Liam Kirk, Senior Associate, assisted by Liz Richardson, Matt Fyvie, Alun Roberts and Emmie Ratter, has led the design team and delivered an exciting new interior design that captures the essence of the Isle of Man, which we have no doubt our passengers will enjoy.

The SMC team has a long history of creating award-winning designs and branded environments. It was able to adapt this experience to work alongside our team and produce a vessel that will excite passengers and Islanders alike.

For the latest updates on Manxman, head to our New Vessel Progress blog, which will be kept up-to-date as the project progresses.