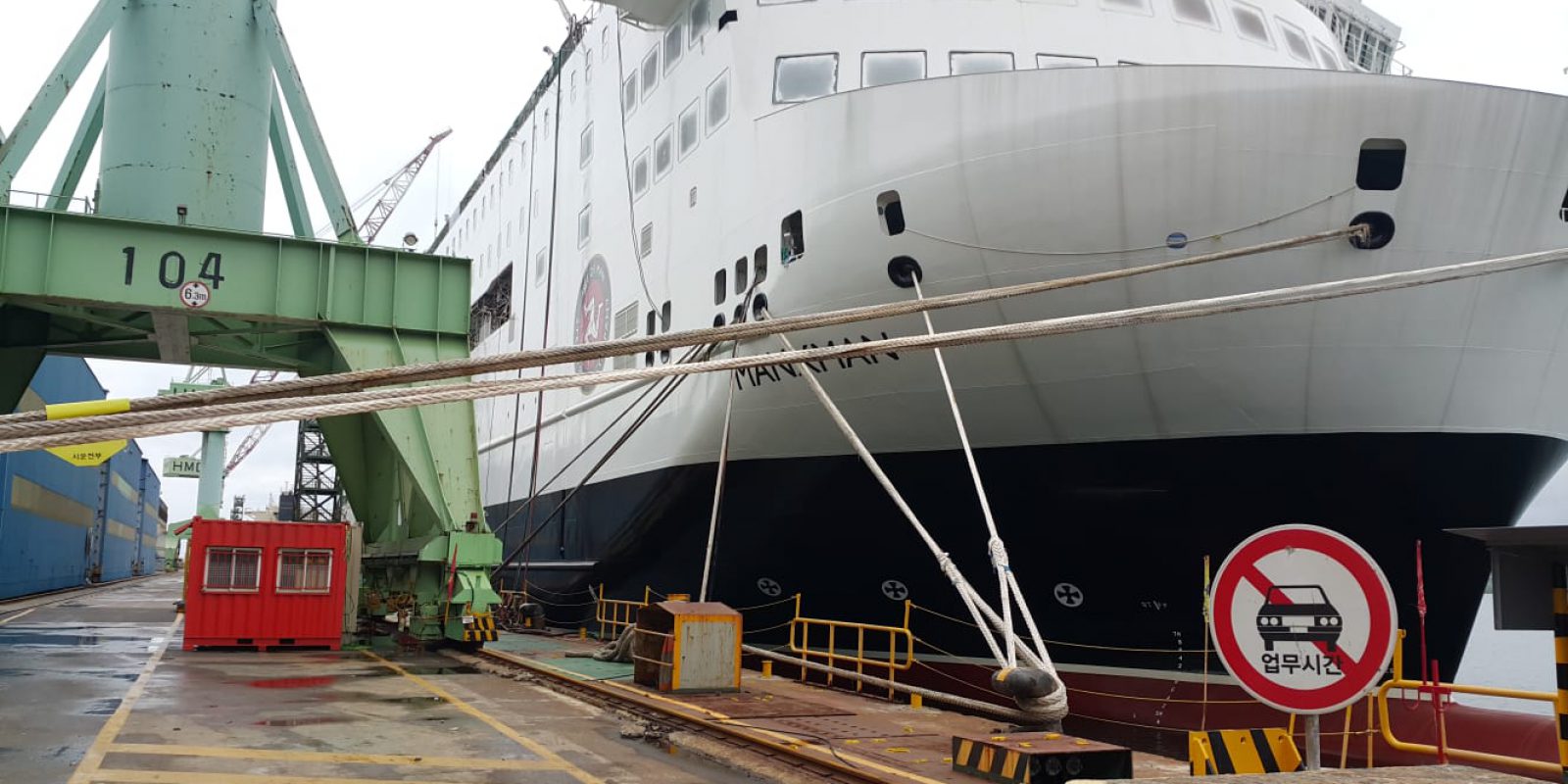 Manxman prepares for a challenge

Typhoons hit South Korea 7 times per year on average, between April and November, but this typhoon is expected to be the strongest since records began.

The shipyard has well-rehearsed emergency procedures in place to deal with Typhoons and has prepared Manxman and other vessels in the dockyard to weather the storm, which is due to hit today (Monday) or tomorrow (Tuesday).

Vessels with their own propulsion are moved out to sea, but since Manxman does not yet have her propulsion commissioned, she will remain at the outfitting berth with additional fendering and mooring lines installed.

Luckily, her current berth is well protected by the local terrain and also buildings in the shipyard.

Shipyard production will be halted until the Typhoon has passed, but as the typhoon is passing quickly, thankfully it will only result in a few days lost time.