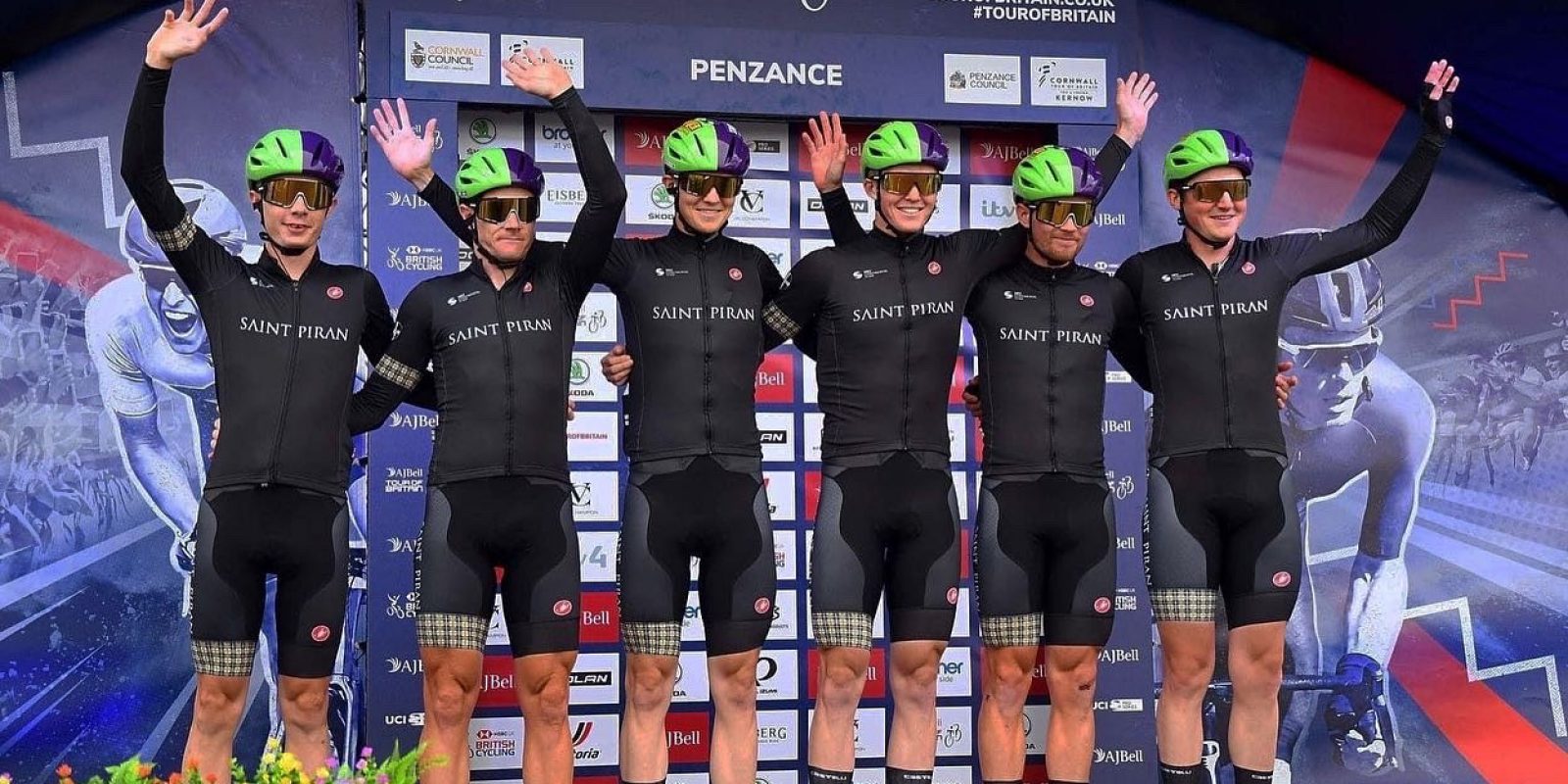 Manx cycling star Tom Mazzone, who rides for Saint Piran Pro Cycling Team, is one of the individuals that benefits from supported travel; allowing him to travel between the Isle of Man and UK with ease and compete at cycle events both locally and further afield.

In what has been a really testing year which has affected our Champions in a variety of ways, we caught up with them to find out how their season is going, how the pandemic has impacted them and what they have planned for next year. Let’s see how Tom has got on.

As a professional sportsperson, I have been lucky, along with my team, to be granted a number of sporting exemptions in line with the UK Government and other countries we have been travelling within. This has allowed me to compete at professional events as restrictions have eased, but comes with conditions that are starting to become all too familiar such as PCR testing, rider and staff ‘bubbles’ etc.

Once at the events, racing has been going really well, with my first professional victory ever for my team and one of the biggest wins in my career to date at Grand Prix de la Somme in France in August. This was a fantastic achievement in itself but also a great confidence boost ahead of the Tour of Britain starting in Cornwall one week later.

Going into the 2021 season, many people, including myself, did not really know what to expect after such a long period without racing. I continued to train hard throughout that break, using the time to work on my weaknesses and enjoy riding my bike with no pressure.

Going into this year I was confident I had prepared well for the resumption of racing, which has been confirmed by my results so far this season. The main challenge has been the number of events and obvious travel and testing restrictions, but now the rules have relaxed a little and clear procedures are in place so I can compete across the UK and Europe again.

What are your hopes/plans for the rest of the year?

I have had a busy summer with a solid block of racing in France in July, then straight into the fast and furious Tour Series in the UK followed by a crucial period of intense training and National Road Series events. Then it was back to France for Grand Prix de la Somme at the end of August before taking on the Tour of Britain, which was a huge event for myself and the team.

Arguably one of the hardest editions of the Tour of Britain ever, with a world-class field including current World Champion, Julian Alaphilippe, Belgian Champion and Olympic Medallist Wout van Aert, not to mention Mark Cavendish, the most successful sprinter of all-time.

My opportunities were already limited ahead of the race due to the brutal nature of the route, with 19,000m of elevation gain in eight days and 1,343 kilometres of racing. Personally, I had targeted Stages 5,7 and 8 as ones that suited me well and where I hoped to achieve my ambition of a Top 10 stage result. While it wasn’t meant to be, and I was initially disappointed that I didn’t achieve my Top 10 finish, with a couple of days reflection I realised it’s actually a result I can be proud of, especially after some bad luck in the earlier stages, a brutal week of racing and the calibre of riders who I was sprinting against.

Since then I’ve been resting up a little ahead of the British National Road Championships due to take place in Lincoln in October.