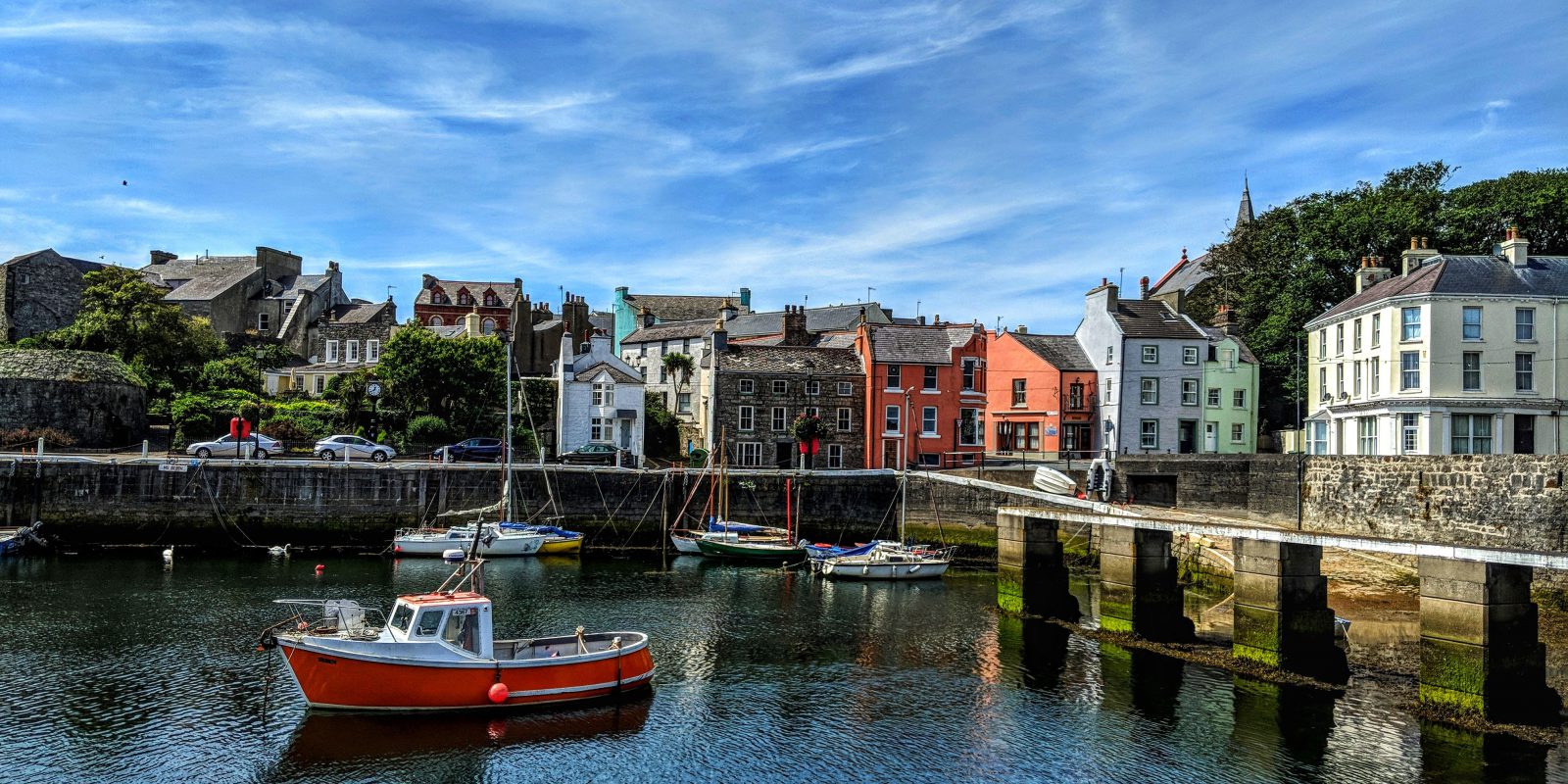 Nestled into the heart of the Irish Sea in between the United Kingdom and Ireland, the Isle of Man boasts stunning coastline, unspoilt beaches and some of the most breath-taking countryside landscapes you could wish to see.

Measuring just 33 miles from north to south and 13 miles from east to west, the Isle of Man is often described as a microcosm of the British Isles. An island full of contrasts and character, rich in history with natural spectacular beauty at every turn, it perfectly embodies some of Britain’s most charming features while still embracing its own unique identify, distinctive qualities and proud Manx heritage.

Despite being encircled by England, Ireland, Scotland and Wales, the Isle of Man is not part of the United Kingdom. Like Jersey and Guernsey, it is a Crown Dependency, making it a self-governing possession of The Crown. With this comes a strong sense of pride and independence for the people of the Isle of Man, something that is very much intertwined into Manx culture.

With rolling hills, dramatic valleys and breath-taking landscapes as far as the eye can see, which – depending on the time of year – encompass every shade of green, copper, yellow, pink and purple imaginable, you would be forgiven for thinking you have stumbled into the heart of the Lake District or Scottish highlands. A perfect combination of flat, smooth terrain and hilly climbs make the Isle of Man an ideal destination for ramblers, hikers, road cyclists and mountain bikers alike, whether you’re after some gentle exercise or something a little more challenging.

The road-racing capital of the world, the Isle of Man is renowned for its exhilarating roads which attract car and motorcycle enthusiasts from across the globe. From winding country lanes to endless stretches and hill passes – not forgetting the world-famous Mountain Course – it can feel as though you’re driving through the spectacular Peak District in one moment and Northern Ireland’s charming country lanes the next. With magnificent vistas at every twist and turn and scenery that will truly take your breath away, it is no wonder the Isle of Man offers some of the best roads to drive in the British Isles.

The Isle of Man is blessed with almost 100 miles of glorious coastline, encompassing rugged cliff faces, unspoilt beaches, hidden coves, stony shores, charming beach fronts and dramatic seascapes. You’ll find that depending on where you are in the Island, each coast feels distinctively different with its own character shining through. You can enjoy a day by the sea having coffee and cake on Laxey Beach, splashing on the shoreline in Port Erin, picnicking at the Point of Ayre and spotting wildlife at The Sound in the south of the Island – and feel like you’ve taken in all the best bits of the Irish, English, Scottish and Welsh coast in just a few hours.

With bustling towns steeped in history, sleepy seaside villages and rural communities scattered across the Isle of Man, exploring the Island’s many enchanting towns and villages is a must. The cobbled streets of Castletown, with its imposing medieval castle and tranquil harbour, bear parallels to Caernarfon Castle in Wales. While Peel on the west coast of the Island could almost be mistaken for one of Cornwall’s prettiest marinas.

The charming way the Island encapsulates the very best of British while still embodying its own unique history, heritage and mysterious quirks captures hearts and entices visitors to return time and time again. For those wishing to holiday closer to home and experience a great British staycation, the Isle of Man truly can offer something for everyone.

Start planning your break to the Isle of Man by ferry today at www.steam-packet.com

Please note that at the time of publishing (April 2021), the Isle of Man’s borders are closed to non-residents. The Isle of Man Government is planning a three-stage transition in opening its borders, with full details still to be finalised and dates subject to change. Close family are able to visit from 1st May, while it is hoped we will be in the position to be able to welcome all visitors by 28th June 2021. Further details can be found on the Isle of Man Government’s Exit Framework page.