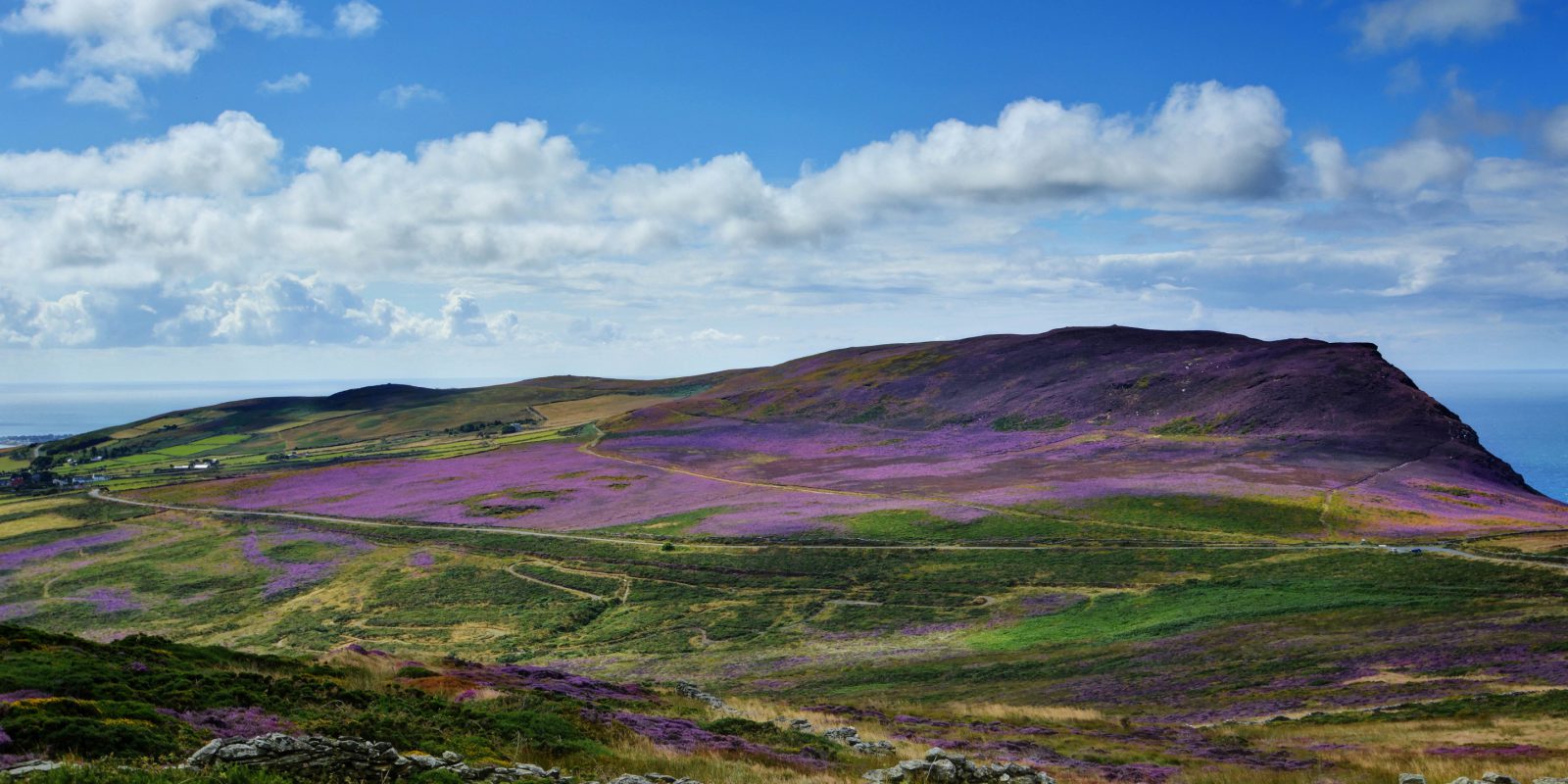 Renowned for its rolling hills, natural beauty and quirky attractions, the Isle of Man is known as the gem of the Irish Sea for a reason. We’ve compiled a list of some of our favourite aspects of Island life, from our unique heritage to epic foodie scene – there’s a reason so many people flock here from around the world every year.

1. Our Unique History and Heritage

The Isle of Man is unique in many ways. Situated in the heart of the Irish Sea between England, Ireland, Scotland and Wales, it is home to the oldest continuously running parliament in the world, established by the Vikings more than 1,000 years ago. The Island has developed its own distinctive culture and with its native Manx language, currency and stamps, there is an air of difference here – a sense of being much further afield and yet in some way being in familiar surroundings. Life here moves at a slower pace than in many other parts of the world, a pace which is succinctly summed up with the Manx Gaelic expression ‘Traa Dy Liooar’, meaning ‘time enough’.

Home to a variety of scenic highlights that both inspire and captivate visitors, the Isle of Man is a truly unique destination. Just 33 miles long by 13 miles wide, you won’t need to travel far to unearth the Island’s natural beauty. There’s so much to discover and, even better, it’s all within easy reach.

Nestled between its larger neighbors, this Celtic nation remains largely uninfluenced and is the only entire nation to be a member of the UNESCO world network of Biosphere Reserves.

Wrapped within its weather-hewn coastline the Island comprises of every imaginable type of scenery found within the British Isles, add to the natural friendliness of the Manx people and two key ingredients are present to ensure a happy visit.

A must-do when you’re visiting is a trip to the highest point of the Island – the summit of Snaefell, our only mountain. Towering more than 2,000 feet above sea level, you can enjoy a leisurely ramble to the summit across wide-open moors with spectacular views to take in along the way. On a clear day you’ll be able to spot what is known as the seven kingdoms: England, Ireland, Scotland, Wales, the Isle of Man and the kingdoms of Heaven and the Sea.

If you don’t fancy the walk, take a ride to the top of Snaefell on the historic electric railway. Dating back more than 100 years, you can experience Victorian engineering at its finest, taking in historical sites and striking backdrops on the accent, including the ruins of Snaefell Mine and the Great Laxey Wheel, the largest working water wheel in the world.

The Isle of Man has a rich transport heritage, with railways and tramways from the Victorian era still in operation today.

Step back in time by travelling between Douglas and the south of the Island on a Victorian steam railway – the longest narrow-gauge steam line in Britain, recognised as the inspiration for Wilbert Awdry’s Thomas the Tank Engine.

Take the fifteen-and-a-half mile long journey to the south, where you’ll find a unique amalgamation of modern day life mixed in with reflections of the ‘old ways’. Here Manx heritage has been delicately intertwined into the present with superb eateries, bars and events to enjoy all year-round.

Farming and fishing is still an important aspect of Manx life, evidence of which can be found across the Island. To find out more about the Island’s past, step back into yesteryear with a visit to Cregneash Village, the Nautical Museum or Castle Rushen, one of the best-preserved medieval castles in the world.

Connecting Douglas, Laxey and Ramsey, the Manx Electric Railway is an electric interurban tramway built between 1893 and 1899. Home to the two oldest working tramcars in the world, all of the carriages in operation today are original Victorian and Edwardian rolling stock. Ride the tram to Ramsey, traditionally a market town, and spend an afternoon wandering its quaint streets before grabbing a bite to eat.

Douglas Bay Horse Tramway is the oldest horse-drawn passenger tramway to remain in service anywhere in the world. Established in 1876, the horse trams are an iconic Island attraction. Travelling approximately 1.6 miles along Douglas Promenade, it’s a leisurely journey and a fantastic way to absorb the views of the majestic Victorian facades, in particular the Gaiety Theatre designed by the famed theatre architect, Frank Matcham.

Experience different parts of the Isle of Man by getting around on its very distinctive modes of transport. Whichever you choose you’re in for a treat!

Boasting the largest concentration of Dark Sky Discovery Sites in the British Isles, an evening spent under the stars is a must when visiting the Isle of Man. There are 26 official Dark Sky Discovery Sites dotted around the Island and most are easily accessible, providing the perfect evening activity on a clear night for those seeking something a little different. Make sure you check an astronomical calendar (there’s a selection of free apps available), pack appropriate supplies and wrap up warm before heading out.

For hints, tips and to see our favourite stargazing spots, check out our blog: ‘Stargazing on the Isle of Man’

The Isle of Man is home to an abundance of wildlife and is increasingly being recognised for clear waters and natural habitats.

Starting with a great escape, thought to be during the sixties or seventies, a group of sprightly marsupials made a break from their enclosure at the wildlife park in the north-west of the Island. Settling in to the wild, the wallabies thrived, making the Isle of Man home to the largest wallaby population in the northern hemisphere.

Fancy seeing the Manx wallabies for yourself? Visit the Ballaugh Curraghs where they reside and follow the grassy footpath as it winds through the trees, discovering the wild land in which the furry animals are likely to be seen.

Surrounded by vast, glistening waters, the Isle of Man is home to a diverse array of marine life ranging from tiny sea snails and seaweeds to much larger mammals. If you’re lucky you might spot dolphins, seals, basking sharks, porpoises or whales. You’re not restricted to spotting the Island’s marine life from ashore either, if you’re feeling adventurous you can visit the animals in their natural habitat by going sea kayaking, snorkelling or even taking a boat trip while a local guide provides you with an abundance of Manx wildlife knowledge.

Unique to Our Island

Manx Loaghtan sheep, a rare breed of sheep with up to six horns, and the distinctive tailless Manx cat can also be spotted roaming around the Island. Native to the Isle of Man, the two animals are heavily entwined into the Manx environment, history and culture.

The Island is home to an abundance of mouth-watering local delicacies, from delicious dairy produce and handcrafted artisan breads to tasty sweet treats such as ice cream, honey and jams. We have award-winning seafood too. Manx Queenies, also known as queen scallops, are the Isle of Man’s National Dish and are a must-try for any shellfish aficionados.

We’ve compiled a list of reasons we think you should visit the Isle of Man, but we’d love to hear what you think! Share this post using the links below and let us know your top reasons for visiting the Isle of Man.

Share '7 Reasons you Should Visit the Isle of Man'