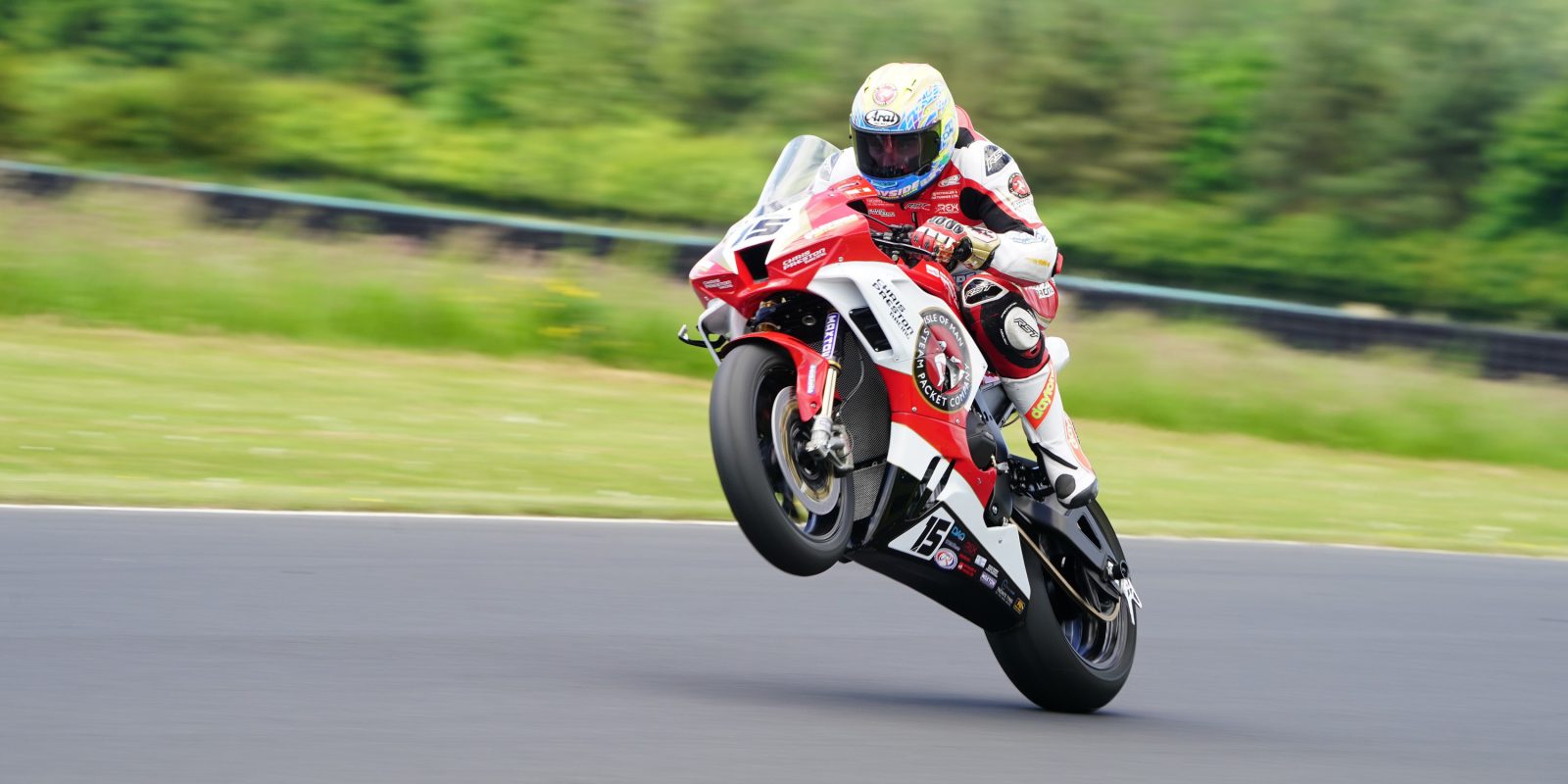 Promising motorbike racer Nathan Harrison is one of the individuals that benefits from supported travel; allowing him to compete at adrenaline-fuelled events in the UK and locally.

In what has been a really testing year which has affected our Champions in a variety of ways, we caught up with them to find out how their 2021 season is going, how the pandemic has impacted them and what they have planned for next year. Let’s see how Nathan has got on.

Thankfully yes, and the Steam Packet Company has played a huge part in this. They have been a lifeline in transporting our team and equipment between the Isle of Man and UK, even with all of the COVID-19 challenges.

The 2021 season started a little later than planned, but the main target for this year was getting used to the 1000cc machine, which is a big step up from the 600cc as it has 80% more power.

In my first meetings on the 1000cc I achieved top 10 finishes against some of the selected top riders in the country. I then started getting confident on the big 1000cc, particularly in Anglesey in July as part of the No Limits Racing series, moving up the pecking order and achieving fourth overall. Following such a good weekend at Anglesey, we returned two weeks later and managed to qualify on pole position and come away with four starts and four race wins along with the fastest lap of the event.

It was then a slight break before my first ever British Superbike event at Donington Park in August. With 47 riders and only 40 able to qualify, my main aim for the weekend was to qualify as these grids comprised the best in Britain for each class. I qualified 31st ahead of some well-seasoned British Superbike riders and finished the race 25th. No racer is normally happy unless they are at the front, but considering the quality of riders I was actually pretty happy with the result for my first shot at the British Championships.

The pandemic no doubt put things on hold for me at the start of the season. Normally the team and I would head out to Spain in early February to get some pre-season testing done in the warmer weather while it’s still winter in the UK. Unfortunately this wasn’t possible this year as most countries were still in lockdown, including the Isle of Man, meaning I couldn’t even go to the gym to keep up my full fitness. I still did a lot of cycling, working and walking, but it’s not the same as the full gym programme to keep yourself at your best.

We set sail with the Isle of Man Steam Packet Company in mid-April when I sacrificed nearly three weeks of work to get back to racing, which I hadn’t done since I won the Junior and Senior Manx Grand Prix in 2019. Due to the two-week quarantine requirement when re-entering the Isle of Man, it wouldn’t have been practical to travel back and forth so on the days in between racing – and when isolating on my return to the Island – I had remote working set up so I could continue to work and assist my brother and the team at our local family vehicle repair business Quayside Tyres.

What are your hopes/plans for the rest of the year and into 2022?

The rest of the year is looking like it will evolve around the remaining British Superbike calendar with some club racing in between, depending on funds.

I would like to keep racing with the best and keep improving in readiness for my first Isle of Man TT in 2022, along with the North West 200 & Isle of Man Steam Packet Company Southern 100 Road Races. The road races are my main priority, so fingers crossed I can keep improving in the British Superbike Championship for the remainder of 2021, getting me up to speed come next year for an assault at the major road races.